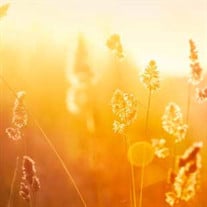 Bruce B. Baker, age 72, passed away December 21, 2016 surrounded by his loving family at his home in Lanoka Harbor. Born in Newton, MA and raised in Yonkers, NY, the family resided in Elmwood Park, NJ before retiring to Lanoka Harbor in 2002. After graduation from Staunton Military Academy in Staunton, VA Sgt. Baker joined the United States Marine Corps. Bruce served his country with enormous pride for 30 years. A Vietnam Veteran with service in country with Force Logistics Command: Force Logistics Support Group Bravo, I Corps area of Vietnam; followed by a lengthy and productive career with the New Jersey Army National Guard for the next 23 years reaching the rank of Master Sgt. Sgt. Baker was the recipient of many medals and awards both in the U.S.M.C. and the NJARNG. These included the Combat Action Ribbon, Navy Unit Commendation ribbon, Vietnam Campaign Medal, Vietnam Service Medal, Marine Corps Good Conduct, as well as the Army Commendation Medal, Army Achievement Medal, the NJ Governor's Unit Award and the NJ Desert Storm Medal. When a Marine dies, to Heaven he will go, and at the Golden Gate to Saint Peter he will salute and tell . . . "Another Marine reporting sir . . . I've served my time in Hell" His career with the NJ Army National Guard ran concurrent with his career in the communication industry. Sgt. Baker retired as a Manager with A. T & T and before that worked as a Craftsman while pursuing his undergraduate degree in Business Administration and Finance from Bloomfield College eventually becoming a manager/engineer with Verizon Corp. where he worked for over 20 yrs. While a resident of Elmwood Park, Bruce was a member and active volunteer fireman with Company #1 for over 25 years. After retiring to Ocean County in 2002, Bruce was very active in the local veteran community; He is a former Commander of V.F.W. Post 10118 Forked River as well as a past Commandant of the Wm. H. Smith, Det. Of the Marine Corps League. Member of the American Legion in both Saddle Brook, NJ and Barnegat. Later on in his spare time he volunteered with the County Veteran Service Office in Toms River, NJ. Sgt. Baker was predeceased by his parents, Raymond Conway Baker and Lucille Bullock Goodyear as well as a brother Raymond Conway Jr. and sister LuRae Constance Baker Williams. He is survived by his loving wife of 48 years Mary Ann Swartz Baker and 3 children: Bruce B. Jr., Karen M. Baker Kuryllo, Stephanie R. Baker, as well as his loving son in law Michael Kuryllo and grandniece Jaclyn Oakes as well as many friends and relatives. Not the least of which are his Marine Corps family of FLC: FLSG-Alpha/Bravo, all members of their reunion group which met annually for the past 29 yrs. Following a private cremation, a Memorial Gathering will be held on Wednesday January 4, 2017 from 7:00pm until 9:00pm at the Lacey Memorial Home, 1022 Lacey Rd. Forked River, NJ. A committal ceremony will be held at Brig. General William C. Doyle Veterans Memorial Cemetery, Wrightstown, NJ on Thursday, January 5, 2017 The family wishes to express their gratitude to the staff of Holy Redeemer Hospice especially Nurse Jen Larkin.

Bruce B. Baker, age 72, passed away December 21, 2016 surrounded by his loving family at his home in Lanoka Harbor. Born in Newton, MA and raised in Yonkers, NY, the family resided in Elmwood Park, NJ before retiring to Lanoka Harbor in 2002.... View Obituary & Service Information

The family of Bruce B. Baker created this Life Tributes page to make it easy to share your memories.

Send flowers to the Baker family.