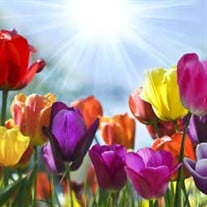 EDWARD W. DOTTERWEICH, 86, formerly of Amherst, New Hampshire, passed away on Saturday, December 27, 2014 at his residence in Stafford, NJ. Born in Maplewood, New Jersey, he lived in East Hanover, New Jersey before moving to Amherst, New Hampshire in 1978. Edward had an extensive career as an Engineer, working for T. Shriver & Co. in Harrison, NJ; then for Ingersol-Rand in Nashua, NH; and for the Passaic Valley Sewage Commission in Newark before retiring. He served as a Corporal in the US Army during the Korean War, and was proud to have been a Veteran. Predeceased by his daughter, Carol, and his brother Wilbert, Edward is survived by his wife of 60 years, Elizabeth; his two sons, John of Ocean County, NJ and Bill of Morris County, NJ. He also leaves behind 5 grandchildren and a great granddaughter. Relatives and Friends may visit from 4pm-7pm on Friday, January 2, 2015 at Lacey Memorial Home 1022 Lacey Road Forked River, NJ 08731. A funeral service will be held at 6:30pm on Friday, January 2, 2015 at the funeral home. Interment will be on Saturday, January 3, 2015 at 11:30am in Gate of Heaven Cemetery, East Hanover, NJ. Laceymemorial.com

The family of Edward W Dotterweich created this Life Tributes page to make it easy to share your memories.

Send flowers to the Dotterweich family.