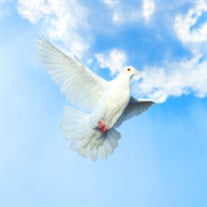 Margaret Mimi Whitehouse passed away peacefully on June 15, 2019 while surrounded by her family at the Cancer Treatment Center of America. Mimi, as her friends and family endearingly called her, was born in New York City on January 11, 1954. She was raised in Freehold, NJ. She is predeceased by her parents Helen and Jim Coakley, her in-laws Orville and Helen Whitehouse (Helen passed away 5 days after Mimi), as well as her sister Ellen (Coakley) Smith, her brother-in-laws John Smith, William, James, and Richard Whitehouse, her sister in law Allison Coakley, and nephew James Whitehouse. She was very proud of her catholic school roots and time spent with friends from St. John Vianney High School. She grew her young career in banking and enjoyed a long tenure with a computer processing company. Mimi also had a long history of volunteer work after becoming an E.M.T. in 1980. Mimi worked with many volunteer groups in Southampton Twp. including being an officer on the Vincentown Emergency Squad. Mimi met her future husband Ed Whitehouse on a summer weekend and they were married by March of 1980. They settled down in the Village of Vincentown and grew their future from there. She loved her family tremendously and always radiated energy of acceptance and love to all that passed her way. She has two children, Jacquelyn (Matthew) Butler and Paul Whitehouse. Her grandchild, Logan Butler, was the biggest joy in her life over the past few years. She is survived by her husband Ed, her children, her brother James Coakley II, sister-in-laws Barbara, Linda, and Cheryl Whitehouse, JoAnn Coakley, many nieces, nephews, cousins, the many friends she met along the way especially Jeri, Maggie, Roe, Alby, Mary, and the members of the Trust. A Celebration of Life ceremony will be held in Mimis honor starting at 1pm on September 12, 2019 in the Village of Vincentown at her longtime home 86 Main Street. We will be accepting visitors until 8pm. In lieu of flowers please make all donations to the Cancer Treatment Centers of America. And please bring all your favorite stories and laughter to honor Mimis lively spirit.

Margaret Mimi Whitehouse passed away peacefully on June 15, 2019 while surrounded by her family at the Cancer Treatment Center of America. Mimi, as her friends and family endearingly called her, was born in New York City on January 11, 1954.... View Obituary & Service Information

The family of Margaret Mary Whitehouse created this Life Tributes page to make it easy to share your memories.

Send flowers to the Whitehouse family.