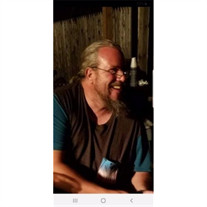 Michael W. Davino, Jr., Elvis, age 51, of Forked River died on Monday, August 12, 2019 at Newark Beth Israel Medical Center after a courageous fight following a heart attack last year. Born in Brooklyn, he moved to Old Bridge in the early 1980s and lived in South River before settling in Forked River 15 years ago. Elvis was an Assistant Supervisor for the NJ Department of Transportation for over twenty years. He was a jack-of-all-trades, and enjoyed his Harley Davidson. He was a den leader for Cub Scout Pack 156, Forked River, and played softball for many years in leagues in and around Sayreville. He is survived by his wife, Courtney; his son, Michael W. III Bug; his mother, Maureen Davino of Fort Myers, FL; his brother, Christopher of Matawan; his sister, Jennifer of Port St. Lucie, FL; his grandmother, Antoinette Cirrito of Nevada; his in-laws, Carol and Dan Mileaf of Point Pleasant; his sister-in-law and brother-in-law, Carlyn and Kip Emens; his nieces, Arianna and Makenna; his best friend, Wally Wheeler; and many aunts, uncles, family members and friends. A memorial gathering celebrating Elviss life will be held on Saturday, August 17, 2019 from 1-4pm at Lacey Memorial Home, 1022 Lacey Road, Forked River. In lieu of flowers, contributions to Bug's College fund would be appreciated. Checks can be made c/o Courtney Whiting.

The family of Michael Davino created this Life Tributes page to make it easy to share your memories.

Send flowers to the Davino family.