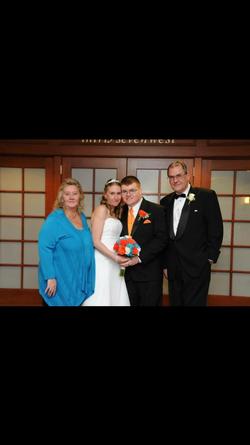 Richard Allen Danish, 58 of Brick, passed away on Monday, February 01, 2016 in Farmingdale. Born and raised in Elizabeth, NJ, he moved to Brick in 1992. Richard was a computer tech for Perkin- Elmer, Quintin and most recently, Applicad Inc. He was dedicated to his work and he loved anything electronic or computer related. Richard enjoyed trips to Atlantic City, walking the Brick Reservoir, playing with his grandkids, and building model cars. He was a loving husband, a caring dad, and a cherished grandpop who will be greatly missed by all who loved him.

Viewing will be on Thursday, February 4, 2016 from 5:00pm until 8:00pm at Lacey Memorial Home 1022 Lacey Rd. Forked River, NJ 08731. A funeral service will be held on Friday, February 5, 2016 at 11:00am at the funeral home. Interment will follow in Jacobstown Cemetery, Jacobstown.
Contributions made to the family to assist with funeral expenses would be greatly appreciated.

There are no events scheduled.

Joann and Lisa my deepest sympathy goes out to the both of you.

or use your email

The attached photos are added to the memorial of Richard Allen Danish to help share their legacy.

Thank you for sharing!