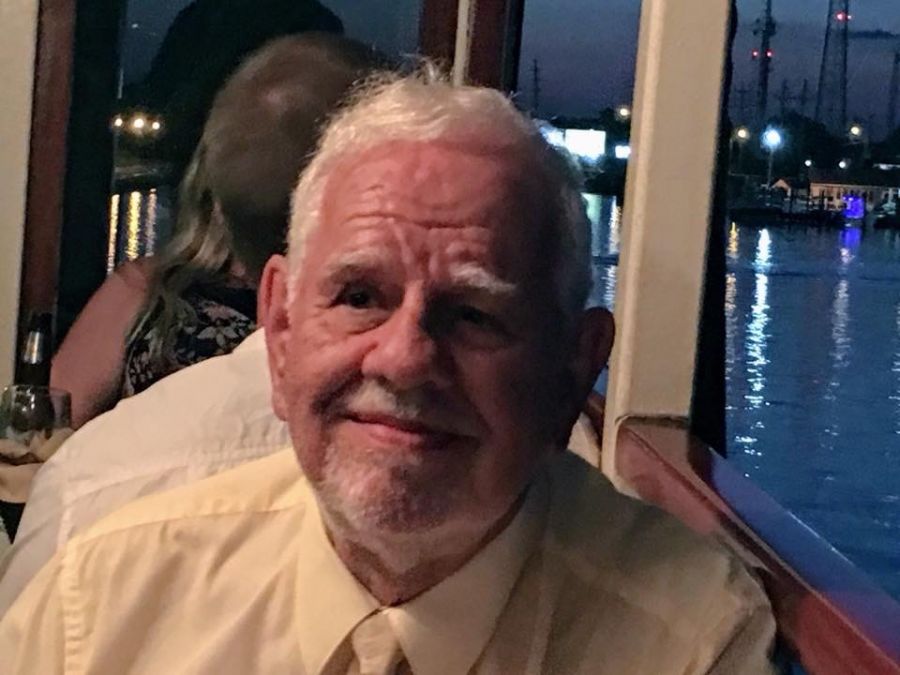 Robert A. Legendre, 82, of Forked River, NJ passed away at home on June 12, 2020 surrounded by his loving family due to complications of Alzheimer 's disease.
Bob was born in Waterbury, CT to Leo and Mary (Loughlin) Legendre on November 16, 1937.
He attended Sacred Heart High School and then graduated from The University of Connecticut. In 1963, he was Honorably Discharged from the United States Navy. He completed his Masters Degree at Farleigh Dickinson University. He began his career with Johnson and Johnson in New Jersey in 1964 and when he retired in 1994, he had obtained the position of Director of Infectious Diseases and Dermatology for Janssen Pharmaceuticals.
Bob married the love of his life, Lynn Carlson in 1983. They were married for 37 years. His great pride and joy was the success of their blended family and being "Grampy".
Bob's love of travel took him all over the world with Lynn at his side. He visited all 7 continents and 84 countries, many more than once. Together they instilled his passion for traveling in their children and their grandchildren with numerous family vacations with all 18. His family will continue their adventures.
Bob's other great passion was the UConn Women's Basketball Team. He was the Huskies' self-described number one fan and saw them play in many arenas.
Bob is preceded in death by his father, Leo Legendre, his mother, Mary (Loughlin) Legendre and his brother James F. Legendre.
Bob is survived by his loving wife Lynn Carlson Legendre, his daughter Beth DeBaecke and her husband Phillip of Brick, his son David Legendre and his wife, Jennifer of Edison, his step-son Michael Deem and his wife Kim of Toms River, and his step-daughter Kelly Apruzzi and her partner Luis Valle of Toms River, his brother, Brother Leo Legendre, CSC of Valatie, NY and his 8 grandchildren Peter, Stephanie, Ryan, Gianna, Justin, Brian, Alley and Alyssa.
A memorial service will be held at 10 am, Monday, June 22, 2020, at the Forked River Funeral Home. A luncheon with friends to celebrate Bob's life is planned for a later date.
Memorial donations may be made to "Alzheimer's New Jersey" on-line at alznj.org or sent to 425 Eagle Rock Avenue #203 Roseland, NJ 07068.

Mary Ellen & I are so sorry for your loss. Bob was a great person with a giant heart of gold. We were always so impressed with his care and love for his family and friends! We will miss him dearly.

I’m glad your not in pain anymore but sad you had to leave. You lived a long adventurous life and we’re a great man to many. Such a funny and giving man. I will cherish the business trips to San Antonio and you stopping by to see us! Say hello to my dad❤️and may you now Rest In Peace with him and your mom and dad.. Love you, Sharon Legendre Villarreal and Johnny❤️❤️

Let the family know who you are using one of the quick sign-in options below.

Just for verification: we never spam!

The attached photos are added to the memorial of Robert A. Legendre to help share their legacy.

Please help memorize Robert A. Legendre by recording your attendance below.

Thank you for sharing your memory of Robert

Help show your support by providing a gift of flowers and spreading the word.