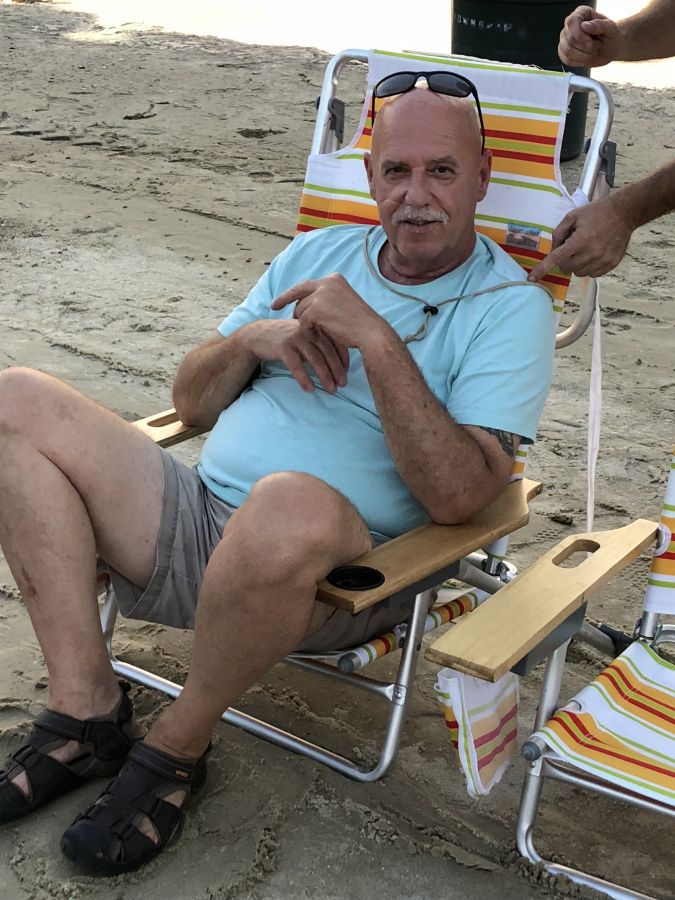 George Scott Roehrich, 65, of Forked River passed away on Wednesday, April 21, 2021 at Community Medical Center, Toms River. Born in Summit, he lived in the Vauxhall section of Union for many years before moving to the Silverton section of Toms River, later settling in Forked River.
Scott was employed by Caruso Excavating, Howell, NJ for many years as an excavator and heavy equipment operator, and later as General Superintendent. He was also employed at Total Building Serivces, Barnegat, as a General Superintendent. A talented carpenter, he enjoyed building things, especially furniture, and was a Harley Davidson enthusiast.
He is survived by his wife, Patti; his children, Jennifer Krohn and her husband Christpher, George Roehrich and his wife Patricia, Nicholas Roehrich and his partner Amanda Woolly, and Joseph Richard Roehrich; his grandchildren, Lexia, Anthony, Daniel and Nico; his great-granddaughter, Avianna; his siblings, Robin Gronbeck, Wendy Juliano, Bonnie Romeo, Dean Joseph Roehrich, and Tammy Roehrich; and many nieces, nephews, cousins and friends.
A private committal service will be held.

A gentle man with a strong hand. There will be few that met Scott that will not reminisce and miss him. Rest in peace my friend.

We love you so much Scott. What will we do without your wisdom, wonderful stories, and advise? My sister loves you so much and she knows how much you love her, Joseph, the rest of your children, grand children, and great grand daughter. This is so heartbreaking I’m not able to process it.Chots and I will hold Patti, love her and be there for her every day. I’m so proud of Joseph and we’ll give him all our love as well. We’ll miss you every day. Deb & Karl

My heart is saddened by this news. Scott, you are one of the greats! Rest easy until we meet again!

The loss of Scott impacts us all in many different ways . A neighbor, a true friend and family to us . Thank you for all the laughs , the delicious dinners , the help you gave us and most importantly being a part of our family . We will miss you dearly . May you Rest In Peace our dear friend 😘

We will miss your sense of humor and honesty along with your smile. We love you. xoxo

Always in our hearts ❤. Love & Miss you Uncle Scott!

A great guy and well loved by his family. He will be missed!

So where do I start Tough Guy? The smiles, the laughs, the shenanigans, the dinners, the pool, the heart to hearts, and now the tears. Rest in eternal peace my brother. You will be greatly missed and most certainly never forgotten.
Ralph

The services for George have not yet been added. Please sign up below to be notified when the services are ready.

Get Notified When a Service is Added

Let the family know who you are using one of the quick sign-in options below.

Just for verification: we never spam!

The attached photos are added to the memorial of George Scott Roehrich to help share their legacy.

Thank you for sharing your memory of George

Help show your support by providing a gift of flowers and spreading the word.